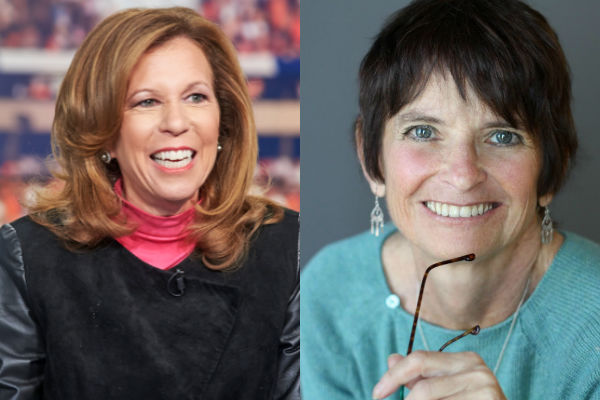 CBS Sports analyst Amy Trask, the first woman to serve as CEO of an NFL team, and New York Times veteran Jane Gross, the first female reporter to gain access to a professional basketball locker room, are among the keynote speakers for the Association for Women in Sports Media’s conference, set for June 21-24 at the Hyatt Regency Resort & Spa at Gainey Ranch in Scottsdale, Ariz.

Trask joined CBS Sports in 2013 as a studio analyst and also serves as a panelist on “We Need To Talk,” the first nationally televised all-female sports show. She also contributes to “The NFL Today” on CBS. Before joining CBS, Trask was one of the highest-ranking women in American professional sports – serving as CEO of the Oakland Raiders from 1997-2013. The NFL’s first female front-office executive, she was in charge of non-football operations for the team and oversaw everything from sponsorships to stadium rights to TV contracts, and represented the organization at league meetings. She is chair of the board of BIG3, a three-on-three professional basketball league. She served as the CEO of BIG3 during its inaugural season. Trask will speak Friday, June 22.

Gross retired from the New York Times in 2008 but continues as a contributor. In 1975, she became the first female reporter to enter a pro basketball locker room while covering the New York Knicks, and later gained more access at home and away games as the beat reporter for the New York Nets. That prompted then-NBA commissioner Larry O’Brien to encourage teams in the league to “open their doors” and provide equal access to female reporters. Gross, who began her career at Sports Illustrated and went on to Newsday before joining the Times, is the recipient of AWSM’s Mary Garber Pioneer Award. She will speak Saturday, June 23.

Additional speakers and panels will be announced leading up to the event.

On Friday, June 22, attendees will have the opportunity to visit Topgolf’s facility in Scottsdale. A separate registration will be required for this outing although there is no additional charge. Attendees will receive information about signing up for Topgolf in early May.

On Saturday, June 23, there will be a hiring event – which will include opportunities for one-on-one resume and career feedback and professional headshots at no charge. Employers and graduate schools represented will be announced at a later date.

AWSMU returns for the third consecutive year. Although this series of sessions is geared toward entry-level professionals and students, all attendees are welcome to attend. There will be a minimum of four AWSMU sessions.