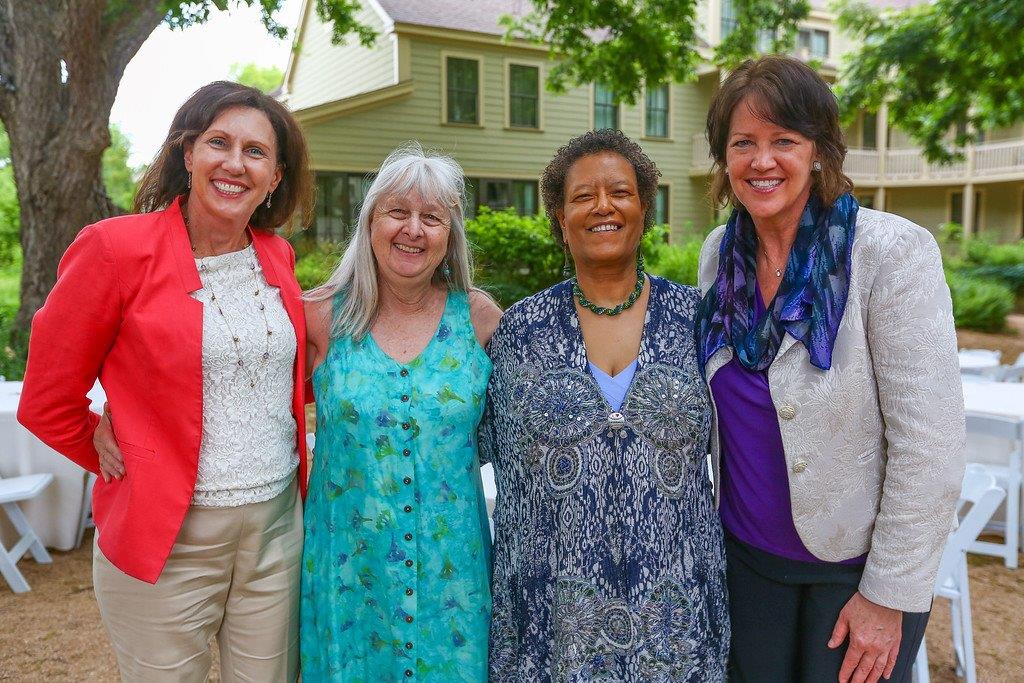 Melissa Ludtke scanned the crowd of professional and student attendees at the 2017 Association for Women in Sports Media convention and proclaimed, “I’ve never been happier than looking out at all of you.”

The first full day of the 2017 Association for Women in Sports Media convention in Austin, Texas, began with an insightful discussion between four of AWSM’s former Mary Garber Pioneer Award winners – Ludtke, Claire Smith, Michele Himmelberg and Christine Brennan. The conversation was filled with memories of breaking barriers when the organization was founded in 1987 and advice for those in and entering the field.

“They have paved the way for so many,” Brennan said. “Basically, this space would be empty were it not for these three.”

All four women shared behind-the-scenes stories about the obstacles faced and lessons learned throughout their acclaimed careers.

Smith, the first female recipient of baseball’s prestigious Spink Award, fell in love with journalism after dropping out of college and then returning to school at Temple University.

Brennan reflected on being called “The Skirt” by a male colleague at the Miami Herald in the early 1980s.

Ludtke detailed the night she was denied clubhouse access at the 1977 World Series, sparking the legal action that literally opened doors for female sports journalists across the industry.

Himmelberg faced ridicule from fellow reporters inside NFL locker rooms while covering the Tampa Bay Buccaneers, then gained an unexpected ally when a Minnesota columnist publicly condemned this treatment in a piece.

“You can imagine the agony of being personally attacked,” Himmelberg said. “That was the thing that I think I remember the most of that period, but you just had to march through.

“Find champions, because they will help you get through some of those challenges and amplify your voice.”

Those pioneers now recognize the challenges journalists still face today, including the search for ways to monetize and distribute content; social media attacks; and the overall distrust of media in today’s political climate. But they also offered hope to those in the industry, largely thanks to the support system AWSM still provides 30 years later.

“You have each other,” Ludtke said. “And that is an incredible gift.”