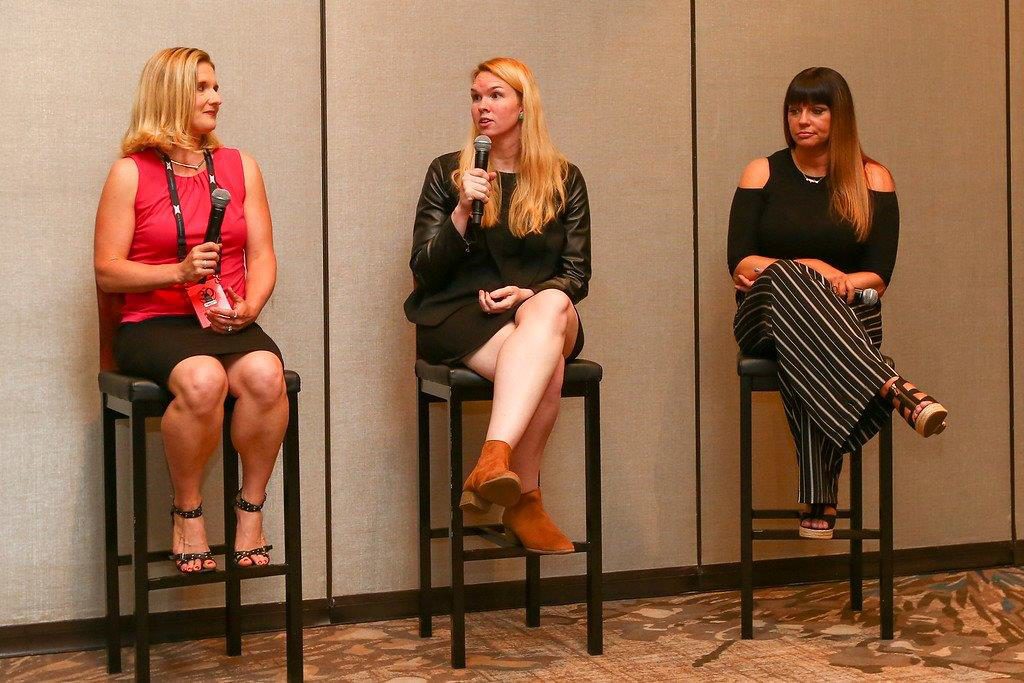 Three women at the forefront of telling some of the most important stories in college football this year sat on a panel that proved to be one of the highlights of the Association for Women in Sports Media’s 30th Anniversary Convention this month in Austin, Texas.

Brenda Tracy, a rape survivor who travels the country sharing her story and experience; Paula Lavigne, an ESPN “Outside the Lines” reporter; and Jessica Luther, a journalist and author, spoke to AWSM members about combatting sexual assault in college athletics.

The three bring different areas of expertise and experiences to the subject, which continues to make national headlines.

Luther, the first to report on Baylor University’s recent sexual assault and Title IX issues, authored the book “Unsportsmanlike Conduct: College Football and the Politics of Rape.” She and Lavigne, whose book “Violated: Exposing Rape at Baylor University amid College Football’s Sexual Assault Crisis” will be released this year, urged journalists to be vigilant in reporting on sexual assault.

Tracy shared her moving and personal story and told reporters how to tactfully speak with survivors. She also shared some of her experiences with the media since she started her speaking ventures last summer.

“The panel was important because it brought together both journalists who make the choices on how to report on this sensitive issue and someone who has felt the impact of how people spoke about her and the violence done to her for many years,” Luther said. “It was a before and after shot of what it means to publish on this topic.

“The room was full of young people who will undoubtedly run into the intersection of sports and interpersonal violence during their careers, and it meant a lot to be able to speak directly to an audience that will be doing this work in the future. And, personally, it was an honor to sit between Paula Lavigne, whose work I strive to match, and Brenda Tracy, whose strength and grit is changing this world.”