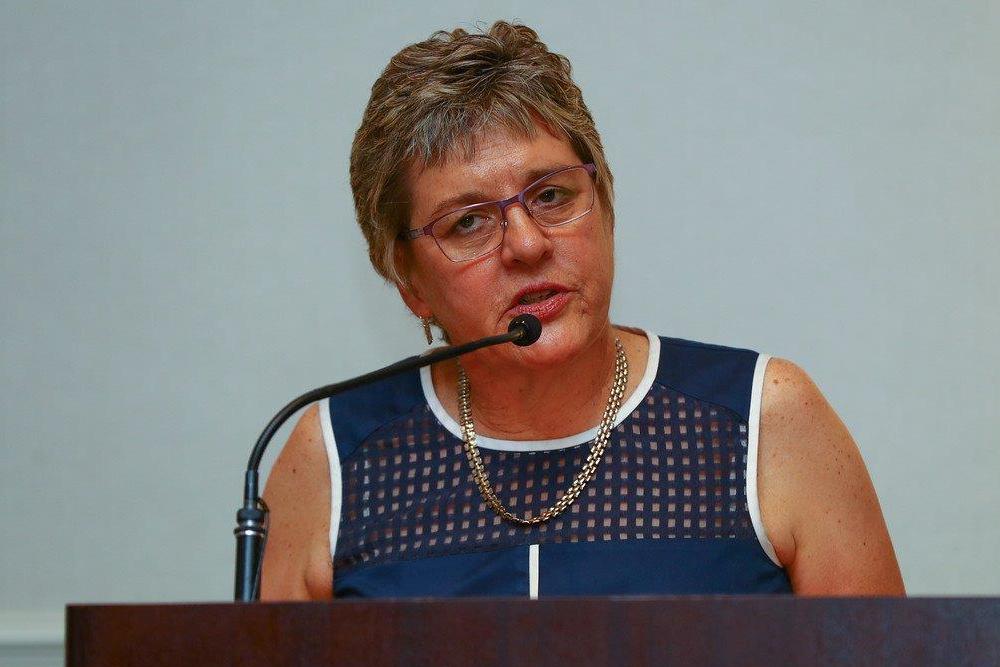 In the debate over paying college athletes, the conversation often revolves around revenue sports football and men’s basketball. But what’s often forgotten is if those athletes were to be compensated, so would the field hockey and swimming teams.

This was an interesting part of Texas director of women’s athletics Chris Plonsky’s Q&A session during the 2017 Association for Women in Sports Media conference. Plonsky, who is in her 28th year at UT, spoke during lunch on May 8. She discussed a wide variety of topics, but one of the most interesting tidbits she shared was her view on the ongoing pay-for-play debacle.

“Right now, we’ve built our programs on these equitable standards,” Plonsky said. “We have a new tennis center going up. If you think we built a new locker room and six courts just for the guys, no. We built a locker room and six courts and some other things for our ladies program as well. And, by the way, we were one of the schools that had a Title IX lawsuit filed (against us) in 1992.”

In 1992, seven women filed a federal lawsuit alleging the university was in violation of Title IX because the sports they played were not offered at the varsity level. At the time, the athletics department funded nine sports for men and eight for women.

At the time, Plonsky was working in the Big East Conference but was paying attention to what was going on at her future school.

“That’s why it seems so financially unsustainable to even go in that direction (of paying athletes),” she said. “We know we’re in a marketplace where football coaches demand (high salaries). You can see tides do rise for everybody else.

Plonsky also said that because she worked in media relations before becoming an athletics director, she sympathizes with reporters who constantly fight for more access. She sees both sides of the issue, understanding the importance of coverage but also seeing how hectic her athletes’ schedules are, she said.

Plonsky also noted that because of her background, she often thinks like “an investigative reporter.” She said the first thing she does when a student-athlete or coach approaches her with a problem is find out the facts.

“Every one of you practicing communication have to continue to be truth-tellers,” Plonsky said. “God knows after a crazy election year, we need to continue to have real facts and not alternative ones, even when it comes to sports.”