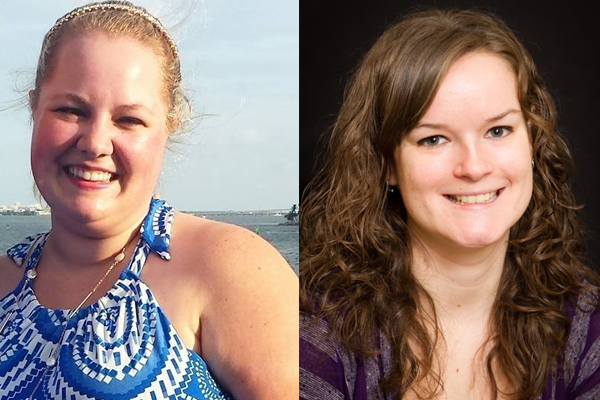 ESPN content associate Ashley Colley and MLB Advanced Media production manager Chloe Ferrarone have been selected to fill the Association for Women in Sports Media’s board positions of vice president/digital and treasurer, respectively.

Colley was elected VP/digital Dec. 6. She previously served as digital coordinator and membership coordinator. Colley has been an AWSM member since 2013, when she helped co-found the University of Missouri student chapter. She is based at ESPN’s Bristol, Conn., headquarters.

“Ashley has been a valuable asset to AWSM’s leadership group in her role as a coordinator. Her enthusiasm for the organization is simply fantastic,” AWSM board chair Lydia Craver said. “Ashley and (digital coordinator) Jenna Willhoit will make a great team as we launch a redesigned website after the first of the year.”

Ferrarone will begin her term as treasurer in January, replacing Stacie Shain – who has served on AWSM’s board in various capacities for more than a decade. Ferrarone has been an AWSM member since 2015 and has assisted in several projects, including professional membership outreach initiatives and the coordination of AWSM’s regional event this fall in New York. She is based at MLB Advanced Media’s New York headquarters.

“AWSM thanks Stacie for her many years of service to the organization. Her institutional knowledge has been an asset as we transition newer members into leadership roles,” Craver said. “We look forward to Chloe coming on board after the new year.”

AWSM is looking for a professional member to volunteer for the coordinator position vacated by Colley. If you are interested in working with membership initiatives, email awsmboard@gmail.com.