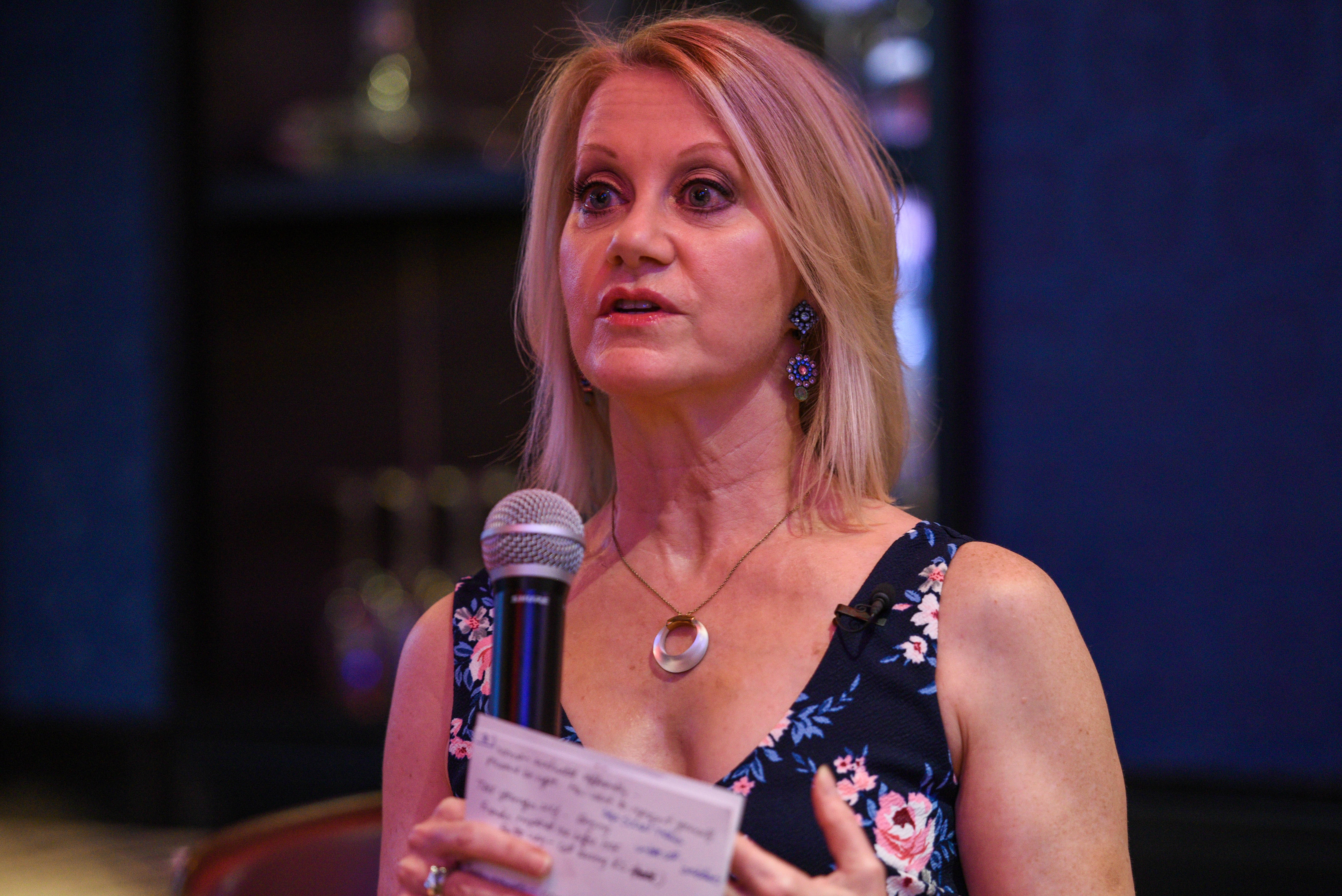 2020 Pioneer Award winner strives to help others during pandemic

Kremer, an award-winning journalist who has tried to help others throughout the coronavirus pandemic, is the Association for Women in Sports Media’s 2020 recipient of the Mary Garber Pioneer Award.

The Pioneer Award, AWSM’s highest honor, has been given annually since 1999 to individuals who have distinguished themselves in the sports media field while reflecting and advancing the values and mission of AWSM. The award was named in 2006 for Garber, one of the industry’s original pioneers. Kremer is a longtime AWSM member.

How has Kremer, an elite trailblazer who has been working in sports media for more than 30 years, coped with a massive interruption in sports due to a pandemic that has reshaped American sports as we know it?

Kremer has spent the past few months of the coronavirus pandemic shutdown working from her office at home. Though Kremer is used to working from home, there is a significant difference. She now finds herself surrounded by large tripods, cameras, lights and even a personal floor director: her husband. HBO supplied most of the filming equipment and has even given her husband a production credit on the shows.

Even though her day-to-day activities have not been altered much, the biggest change for Kremer came when her son, who just finished his sophomore year of college, suddenly moved home due to the threat of COVID-19.

“That was that was the silver lining of all silver linings because you think you're empty nested and then that's not the case,” Kremer said.

Kremer currently has contracts with multiple networks and does shoots for all of them in her new in-house studio. It is a balancing act, but Kremer said she is used to it.

When creating content for her shows “We Need to Talk” or “Real Sports with Bryant Gumbel,” Kremer said audiences have become understanding of the current environment. She said viewers are not necessarily paying attention to how different shows may look, but how well the story comes across.

In addition to her on camera work, Kremer has set aside time to help others in the industry who are trying to produce their own shows. She has done this by serving as a guest for radio shows and podcasts around the country.

“I really want to support people in the business who are all looking for content because we're kind of all in the same boat,” Kremer said.

Kremer was scheduled to co-host a fundraiser to benefit the nonprofit Boston Uncornered and it was converted into an online event. The money raised helps educate former gang members and the event honored Devin McCourty from the New England Patriots.

Ironically, Kremer said the online event was bigger and better than anything the group would have done in person. Kremer and her producer organized the event as if it were a show and had 20 guests that popped in and out of the live taping to surprise the guest of honor.

“It made me feel like I was doing something,” Kremer said. “That's very important to me -- to try to have some kind of impact and try to try to do some good at a time when so many people are suffering.”

With lack of clarity about sports being staged during the pandemic, Kremer said she feels fortunate about her stability and tries to help others.

“I'm grateful for the family that I have, for where I live, which is a place where I do have some space and I can get my exercise,” Kremer said. “I am grateful for my job. I'm grateful for staying in touch with the friends that I do.”

For those who want things to head back to the normal, Kremer thinks we will be waiting for a while. In the meantime, she emphasized that supporting one another, especially women, is going to be the key.

So how do you navigate the job market during a global pandemic? The answer is not simple.

Kremer said there are, however, key qualities the industry is in need of right now and will shine through when the time comes to hire. She sees flexibility and the ability to spread your wings wide as essential. Employers will be looking for the people who aren’t just focused on one thing, but are open to wearing any and all hats.

Kremer also said aspiring journalists should “just write.” Any byline that you can get your name on is going to dramatically help in the long run. She added a colleague told her that employers are now going to be asking “what did you do during the pandemic” and it will be a way to show initiative.