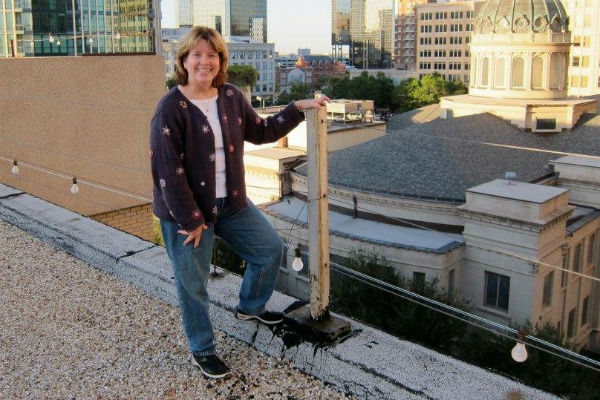 The Association for Women in Sports Media is pleased to name the late Celeste Williams as the 2019 recipient of the Ann Miller Service Award. Williams held several instrumental roles during AWSM’s early years, becoming a vice president in 1992. She built the organization’s first website and started an online job bank, doing the legwork to reach out to employers and relay those openings to members. She also designed, edited and distributed AWSM’s quarterly newsletter and assisted with multiple conventions, including the 20th anniversary celebration. A charter member of the organization, Williams’ board tenure spanned seven years.

“Celeste kept a low profile but her impact on sports media was enormous. Very few women have risen to the position of managing editor for sports at a major newspaper, and Celeste managed one of the best in Fort Worth. Under her guidance and with her vision, the Star-Telegram won numerous national awards competing against larger papers with more resources. She was even better at building relationships. Her staff adored her,” said Kim Pendery, former St. Petersburg (Fla.) Times sports editor.

“Her impact was felt in AWSM, too. When the job bank started, it didn’t matter who was in charge, Celeste was the one who made it work,” said Pendery, who served as AWSM’s president and board chair alongside Williams in the 1990s. “She had connections and relationships everywhere, and always seemed to know when a position was open and who would be the right fit. She helped countless members and was a friend to us all. There really was no one like her.”

A pioneer in sports journalism and constant advocate for women in the field, Williams became one of the first female sports editors of a metro newspaper, the Fort Worth Star-Telegram, in 1999. She also was put in charge of features in 2008. An AWSM scholarship is named in honor of Williams, who died of cancer in 2017 at the age of 65. The scholarship is endowed by Williams’ longtime friends – Jim Jenks and Jorge Rojas.

“Over the years, AWSM’s scholarship program became Celeste’s favorite cause,” said David Martindale, Williams’ longtime partner. “She was always eager to give the next generation of women in sports media a leg up.”

Established in 2013, the service award is named in honor of Ann Miller, a longtime Hawaii-based sports reporter who volunteered on AWSM’s board for more than 10 years in roles ranging from treasurer to board chair. The award annually recognizes individuals who have made significant contributions to the organization.