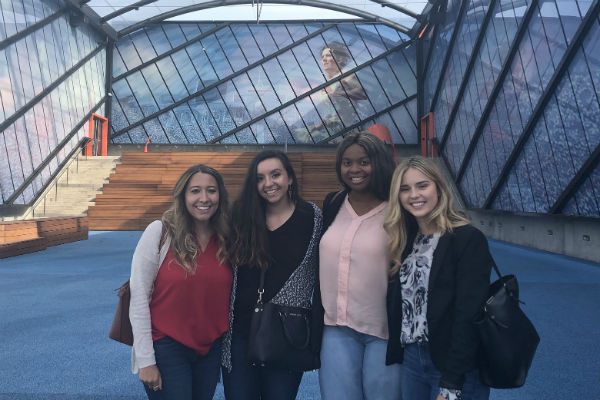 AWSM wraps up its regional event stops for 2018

The Association for Women in Sports Media wrapped up its 2018 regional event tour with visits to Portland, Nashville, New York City and Tampa.

The Portland event was held in September at Nike World Headquarters in Beaverton, Ore., where attendees toured the campus and participated in a panel discussion featuring some of the most prominent women in sports and sports media in the area.

WFAN host Maggie Gray joined AWSM in New York City for November's regional event hosted again by Foley's NY. Gray reflected on how her first year on “The Afternoon Drive with Carlin, Maggie and Bart” has been one of learning and self-reflection. She shared some of the challenges she has faced this year, including mixed feedback about being a female in such a prominent role at WFAN, making the move from a national outlet to the local media market in New York City, and embracing the loyal and passionate fans of New York’s professional teams.

AWSM partnered with the Tampa Bay chapter of Women in Sports and Events (WISE) for a December night at TopGolf. Gayle Sierens, the first woman to call play-by-play for an NFL game, shared her historic career accomplishments as the event's featured guest.