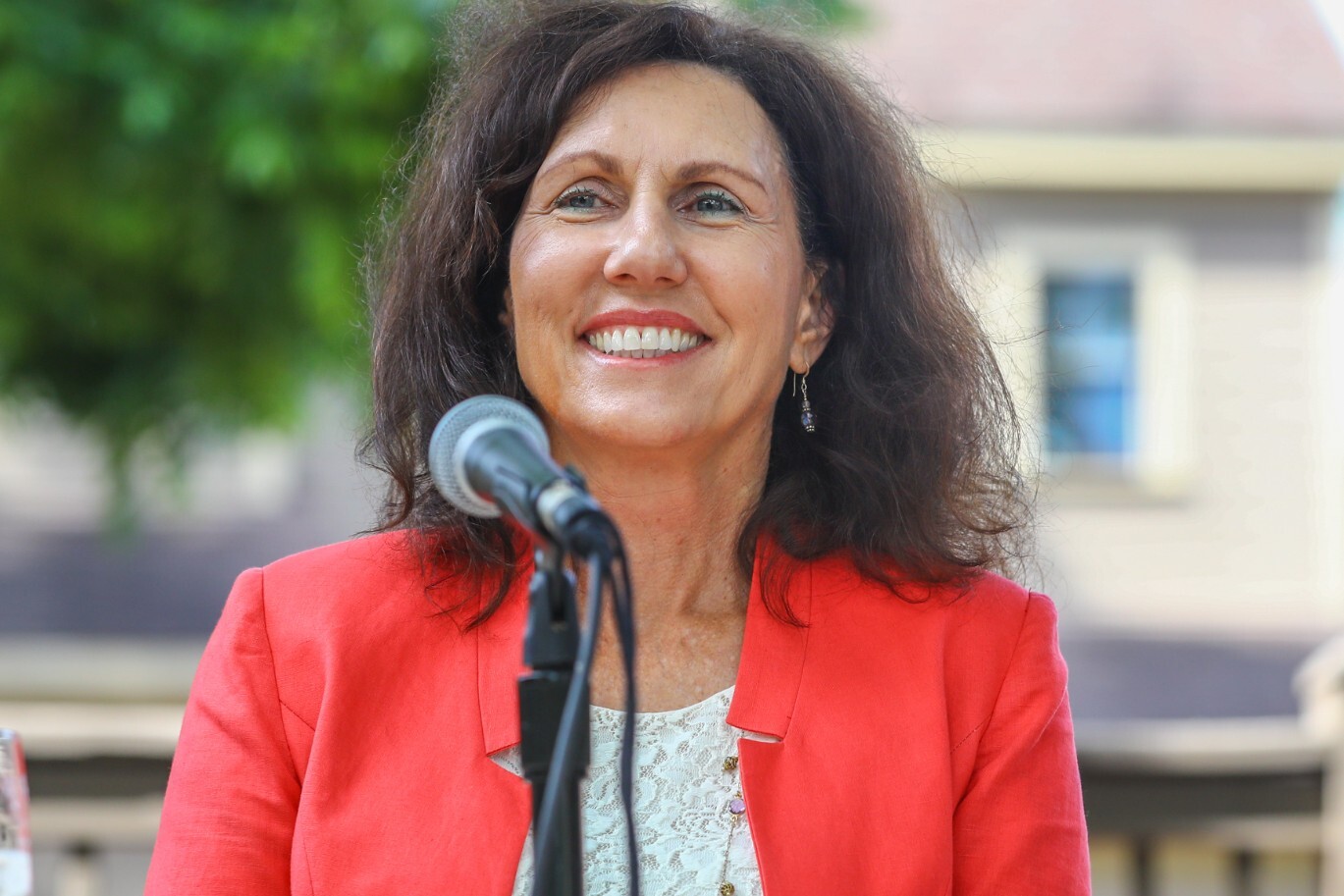 Himmelberg focuses on empowering women to own their voice, achieve greatness

Michele Himmelberg didn’t attend the first convention of the Association for Women in Sports Media in 1988 alone – she toted her 2-month-old daughter around with her.

One of the organization’s founders, a sports writer and a groundbreaker for gender equity in the industry, Himmelberg knew that first convention was crucial. It provided a welcoming space for women in sports to meet, learn, network and fight for equality.

AWSM named Himmelberg the recipient of its 2020 Ann Miller Service Award, which recognizes those who made significant contributions to the organization and have been vital in its growth and success. Not only a co-founder, but also the second president of AWSM, Himmelberg led the organization’s efforts to work with Associated Press Sports Editors in upholding the written equal access policies for the four major sports leagues. This was almost a decade after she became the first woman to successfully challenge the NFL for equal access with legal proceedings, brought by her newspapers in 1979 in Tampa Bay and 1981 in San Francisco.

Having previously won AWSM’s Mary Garber Pioneer Award in 2001, Himmelberg was thrilled and surprised by the latest honor. Himmelberg explained her surprise stemmed from the nature of her contributions. Miller did most of her work for the organization behind the scenes, whereas Himmelberg’s role was up front, representing AWSM in the public eye – as she did in 1990 when AWSM protested the sexual harassment of NFL reporter Lisa Olson and called for an investigation of the New England Patriots. (The NFL concluded Olson was “degraded and humiliated” and three players were fined.)

Himmelberg worked alongside a core group of strong women who refused to accept society’s expectations and broke barriers in the sports media industry. Out of their individual fights for access, AWSM was formed. But AWSM was more than just an organization of aligned voices in the fight for gender equality in sports media. Through AWSM, Himmelberg enjoyed camaraderie with other women in sports, providing the strength needed to keep fighting for access and equity.

“It wore you down to be this single voice always waving the flag as a reminder: ‘Here I am, treat me fairly,’” Himmelberg said. “That was really the genesis of AWSM. We started saying let’s get together and be a unified voice so that we’re not isolated and we can learn from each other and we can figure out how to gain more recognition and support.”

For young women in sports, especially those in the same position she was in 40 years ago, Himmelberg has two pieces of advice. First, believe that you are capable of great achievements. Second, you will experience many moments of self-doubt on the path to your achievements, and the trick is to recognize them and not be afraid.

“As you’re working hard and you’re hustling ... don’t forget you are capable of doing great things,” Himmelberg said. “There were so many times that I was just told, ‘You don’t really belong here. You don’t fit.’ So remember that you do belong and the world of sports media needs you and it needs your voice. So go out there full of hope and determination and be a leader.”

Himmelberg’s approach to life, in part, centers on the idea of grit, which she defines as strength and resilience. When it comes to facing self-doubt and achieving greatness, grit is critical. It’s what people rely on when life gets tough, according to Himmelberg.

“When you face that challenge, be it relatively small day-to-day or some big giant challenge, like negotiating with the NFL for equal access, [it’s] having that inner sense of ‘I can do this,” she said. “… I can power through this.’”

Himmelberg’s final message centered on the change happening in the world now, between the #MeToo movement, Black Lives Matter movement and many other social justice movements.

“We did it one way quite a long time ago in AWSM,” Himmelberg said. “Your generation is going to find other ways. ... I know there are still challenges along the way, so I think it’s just as important now that individual members of AWSM and women in sports media everywhere continue to move forward and break new ground.

“I encourage young women to think about [how] they bring a unique voice. Whether you’re aspiring to be a columnist or a PR professional or a television personality … I hope [you] can be empowered to bring your voice instead of just being the same voice that blends in. ... Your voice is important.”

Following her career as a news journalist, Himmelberg transferred her skills into public relations and is now a brand journalist for The Walt Disney Company. She works at the Disneyland Resort in California