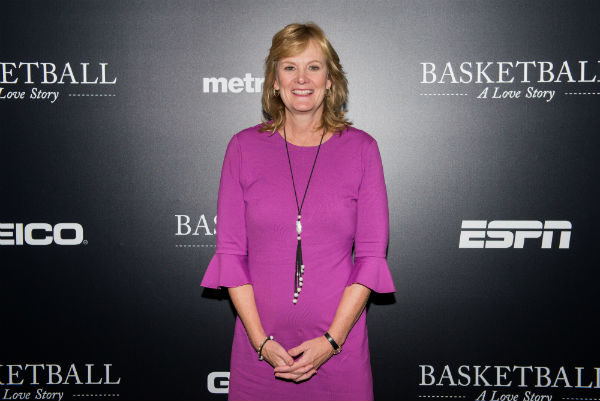 Jackie MacMullan’s prolific career has been recognized by the Naismith Memorial Basketball Hall of Fame. A senior writer at ESPN, she continues to be one of the nation’s most prominent and respected NBA journalists.

Now, the Association for Women in Sports Media has selected MacMullan as the 2019 recipient of its Mary Garber Pioneer Award. MacMullan will be recognized during a luncheon on Friday, June 14 at AWSM's annual convention, set for June 13-16, 2019, in Tampa, Fla. The Pioneer Award, AWSM’s highest honor, has been given annually since 1999 to individuals who have distinguished themselves in the field while reflecting and advancing the values and mission of AWSM. The award was named for Garber, one of the industry’s original pioneers, in 2006.

“I am beyond thrilled to join the list of talented and groundbreaking women who honor the amazing legacy of Mary Garber,” MacMullan said. “Thank you, AWSM, for continuing to support and promote women in our industry.”

MacMullan has been reporting on professional basketball for more than three decades. She first garnered recognition for her work at the Boston Globe, covering the Celtics in the 1980s and early 90s while also covering such events as the World Series, Stanley Cup Finals and Olympics.

Following a stint as a senior NBA writer at Sports Illustrated from 1995-2000, she returned to the Globe in 2002 as a columnist and associate editor before accepting a buyout from the newspaper in 2008. Since then, she has written for and appeared on a variety of ESPN platforms, including popular television programs “Around the Horn,” “Pardon the Interruption” and “The Jump.”

“Jackie has been an inspiration to journalists for many years. She’s an amazing writer and has seamlessly transitioned her skillset to work on-air broadcasts as well,” AWSM president Jenny Dial Creech said. “She is a true pioneer in the business who has paved the way for women in sports writing.”

MacMullan also is an accomplished author. Her book, written with Larry Bird and Magic Johnson, entitled “When the Game Was Ours” is a New York Times best seller. She also collaborated with Bird on his autobiography, “Bird Watching: on Playing and Coaching the Game I Love” in 1999; with legendary Connecticut women’s basketball coach Geno Auriemma on “Geno: In Pursuit of Perfection” in 2006 and with former NBA superstar Shaquille O’Neal on “Shaq Uncut: My Story.”

In 2010, she became the first female winner of the prestigious Curt Gowdy Media Award given by the Naismith Memorial Basketball Hall of Fame. Her coverage of the death of Celtics great Reggie Lewis took first place for investigative reporting in the Associated Press Sports Editors writing contest. In 2001, she was inducted into the Hall of Honor of her alma mater, the University of New Hampshire.

Now, MacMullan can add becoming an AWSM pioneer honoree to that lengthy list of honors.