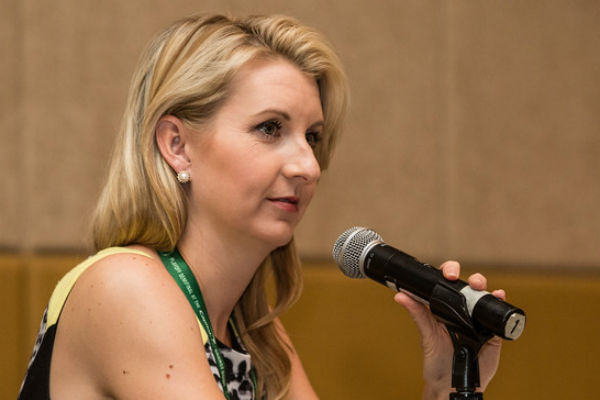 “I’m proud of the 32 years of our organization and the countless women who pioneered our values. I plan, with the help of the board, to continue that storied tradition of using our voices for positive change and to grow opportunities for women in sports media,” Burke said.

Burke’s one-year term as president begins today as does the term of previously announced incoming board chair P.K. Daniel, a multiplatform editor at the Los Angeles Times. Burke ran unopposed for AWSM president.

“Kelly brings great enthusiasm for the organization,” outgoing board chair Lydia Craver said. “Many thanks to both Kelly and P.K. for volunteering to take on two of AWSM’s most significant and challenging leadership roles.”

An AWSM member since 2011, Burke has served in leadership roles with the group for the past five years – three as a vice president and two as a coordinator, primarily working with professional programs. An Arizona State graduate based in Southwest Florida, she primarily calls Missouri Valley Conference games. Burke’s previous stops include sports anchor/reporter at WSIL-TV (Carbondale, Ill.) and KDRV-TV (Medford, Ore.).

Creech served as AWSM’s president for the past two years. In that role, she was instrumental in growing the organization’s professional membership – leading outreach campaigns which resulted in more than 250 new members – and helped to streamline AWSM’s financial affairs. She also served as the group’s primary spokesperson and played a key role in fundraising as well as the coordination of AWSM’s 30th anniversary convention.

“From ‘training’ Jenny to take over as VP/conventions five years ago to serving alongside her as the organization’s chair during the past two years – the thing I cherish most is gaining an ‘awesome’ friend,” Craver said. “She has undoubtedly been a worthy champion for AWSM and its causes and deserves extra credit – as a new mom – for her perseverance.”

AWSM is seeking volunteers for two leadership positions – fundraising coordinator and internship/scholarship coordinator. If you have questions or wish to express interest, contact awsmboard@gmail.com.