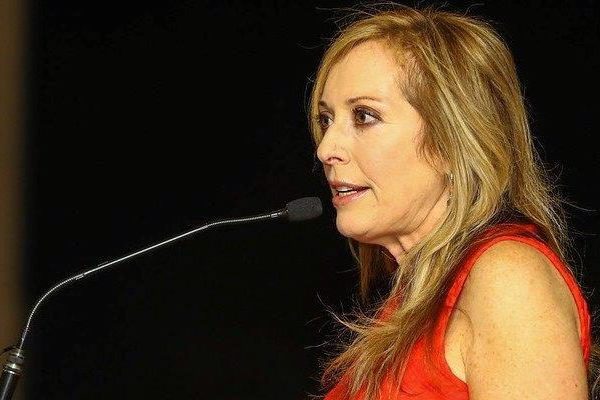 Linda Cohn’s sports roots can be traced to Long Island, New York, in the mid-1970s.

That’s where her passion started, then as a 14-year-old who had to travel 35 minutes away just to play in an ice hockey league that allowed girls. It also meant competing against 8-year-old boys. Cohn, a goalie, was the only girl.

Those games and practices were where Cohn began developing toughness, determination and an inner belief. It was the foundation for what has become a thriving career at ESPN and one of the most recognizable faces of SportsCenter.

“I was following a passion,” Cohn said. “Who knew that years later those experiences would help me with what I’m doing now?”

Cohn’s main message on the opening night of the Association for Women in Sports Media convention at the Hyatt Regency Lost Pines Resort and Spa outside Austin, Texas, was simple yet powerful: Be true to yourself.

“Don’t ever change,” Cohn said. “Don’t ever forget what got you to this point. … Block out the noise, stay on your path and stay focused.”

Early in her career, Cohn experienced an important learning moment. While doing news radio updates in Long Island during her first job, Cohn had a 45-second report that aired. She thought it was great, only to learn there were two grammatical errors. The news director called her at home and was livid.

“I had doubts way back at my first job,” Cohn said. “You have to shake it off, have good people around you and get back at it.”

Through all her years in the sports industry and at ESPN, Cohn – a notable diehard New York Rangers supporter – said she’s never become jaded and remains a fan first. Her passion shines through on social media and TV.

“Find a way to connect to someone and it’s a win, even if you don’t get personal gain out of it,” Cohn said. “My best interviews were when the camera wasn’t on and the mic wasn’t on.”