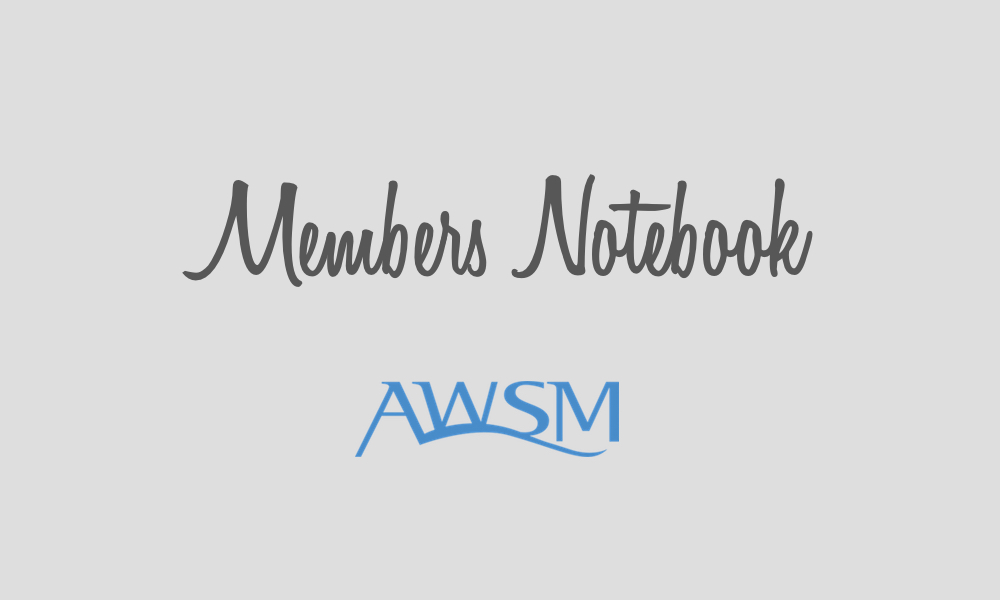 Claire Smith. What more can we say other than how proud we are of this AWSM pioneer for being recognized by the Baseball Hall of Fame?

During Hall of Fame Weekend July 28-31 in New York, Smith received the J.G. Taylor Spink Award, the highest honor for a baseball journalist, and she is being honored with other winners in a wing of the Baseball Hall of Fame. Among the many milestones in her career, Smith became the first female reporter to cover a Major League Baseball beat full-time, and she was the first African-American woman to do so. She is now a coordinating editor for ESPN’s Universal News Group.

In her speech at Cooperstown, N.Y., the Temple University graduate talked about joining some of her sportswriting heroes as a winner of the Spink Award for “meritorious contributions to baseball writing.” The award is named for the late editor of The Sporting News and is voted on by the Baseball Writers’ Association of America.

She directed her speech to her son, Joshua, mentioning highlights and some lowlights of her career, which included the seemingly endless fight to gain the same clubhouse access as male sportswriters.

“Josh, that’s what we do: Shine the light where it needs to be shone,” Smith said. “That’s why I am proud to be a reporter. A reporter, I pray, who continues to stand tall not only as a journalist, but also as a woman of color, because that matters greatly. Today, I humbly stand on this stage on behalf of every single person in my profession, in baseball and beyond, who was stung by racism, sexism and other insidious biases, but persevered. You are unbreakable. You make me proud.”

Here is the full text of Smith’s speech.

Before ESPN, Smith worked at The New York Times, Philadelphia Inquirer, Philadelphia Bulletin and Hartford Courant. She served as an AWSM board member and in 2000 received the AWSM Pioneer Award.

Noreen Gillespie, formerly deputy sports editor for The Associated Press, has been promoted to deputy managing editor for U.S. news and will lead the AP’s coverage of the United States.

Gillespie will lead AP’s journalists covering all 50 states and Washington.

As deputy sports editor, Gillespie helped guide innovations in digital storytelling and audience engagement, including use of mobile video and automation that increased AP’s coverage of minor league sports.

Jill Ann Bouffard, a former AWSM board member who is manager of Learning & Development at ESPN, is engaged and plans to be married in 2018, with the exact date TBD, she said.

Dan Zaksheske, who works for ESPN Radio and is the producer of “First and Last” and “The Sporting Life,” proposed June 23, surprising her when she returned from a business trip.

“My front door was ajar, and as I pushed it open, Dan surprised me by greeting me in a suit and tie with champagne, a giant bouquet and, of course, the ring!” Bouffard said. “He took a knee, popped the question and even caught the moment on video.”

Shannon Green, a sports reporter at the Orlando Sentinel, has a lot of July birthday parties in her future.

On July 13, she gave birth to daughter Emán Isabella Green, almost a full two weeks ahead of schedule, Mom said.

Daughter weighed in at 5 pounds and 10 ounces and is very alert with a healthy appetite, Green said.

Gina Lehe, senior director of communications and brand management for College Football Playoff, has been chosen one of SportsBusiness Journal’s Game Changers: Women in Sports Business.

The annual edition of the journal profiles women who have played key roles in their respective fields in the industry. Lehe is one of 35 female executives who will be honored in New York on Sept. 14 at the fifth annual Game Changers: Women in Sports Business Conference for bringing new ideas to sports business, leading significant projects and making critical decisions that guide the futures of companies and organizations.

Lehe is being recognized for her work leading CFP to national prominence in its first three years. In addition to traditional media services, operations and logistics, Lehe also guides social and digital media strategy. She works closely with the ESPN production team and talent, and she serves on the senior staff supporting the CFP Selection Committee.

Lehe and husband Adam are expecting a little sister for daughter Adriana in September.

“I’m so grateful to AWSM for the amazing internship experience it helped me gain as a scholarship winner and all the connections I’ve made through it,” Lee said.

Erin McCarthy, a former AWSM student chapter member from Penn State, has been hired by the Philadelphia Inquirer as a general assignment news reporter.

She was quickly introduced to big story coverage, assigned to the road-rage shooting in Chester County, Pa., in which an 18-year-old woman was killed.

“It’s a very sad story, but one that I’ve learned a lot chasing,” McCarthy said.

Michelle Smith-McDonald, a contributor for espnW, Pac-12.com and WNBA.com, was among members of the College Sports Information Directors of America (CoSIDA) who received national awards for outstanding contributions to the organization at its 60th annual national convention June 11-14 at the World Center Marriott in Orlando.

She received the Jake Wade Award, which recognizes an individual in the media who has made an outstanding contribution to intercollegiate athletics.

Smith-McDonald, a longtime journalist and author from California, is known for telling the stories of women who have changed the face of sports. Also notable is her annual coverage of NCAA Women’s Final Four basketball.

She has covered the NFL for 23 seasons – 17 for the Fort Worth Star-Telegram and before that six for the Orlando Sentinel.

Lisa Wilson, executive sports editor of the Buffalo News for six years, has joined ESPN’s “The Undefeated,” a multiplatform initiative for sports, race and culture.

As senior editor for sports, Wilson leads a team of sportswriters who produce compelling daily stories and long-form features. She will also guide sports-focused multimedia projects.

Wilson is based in Washington, D.C.

Are you starting a new adventure in your career or your life? Have you reached a special milestone? AWSM members would love to share in your achievements. Let us know by contacting Teri Boggess at teri.boggess@gmail.com.