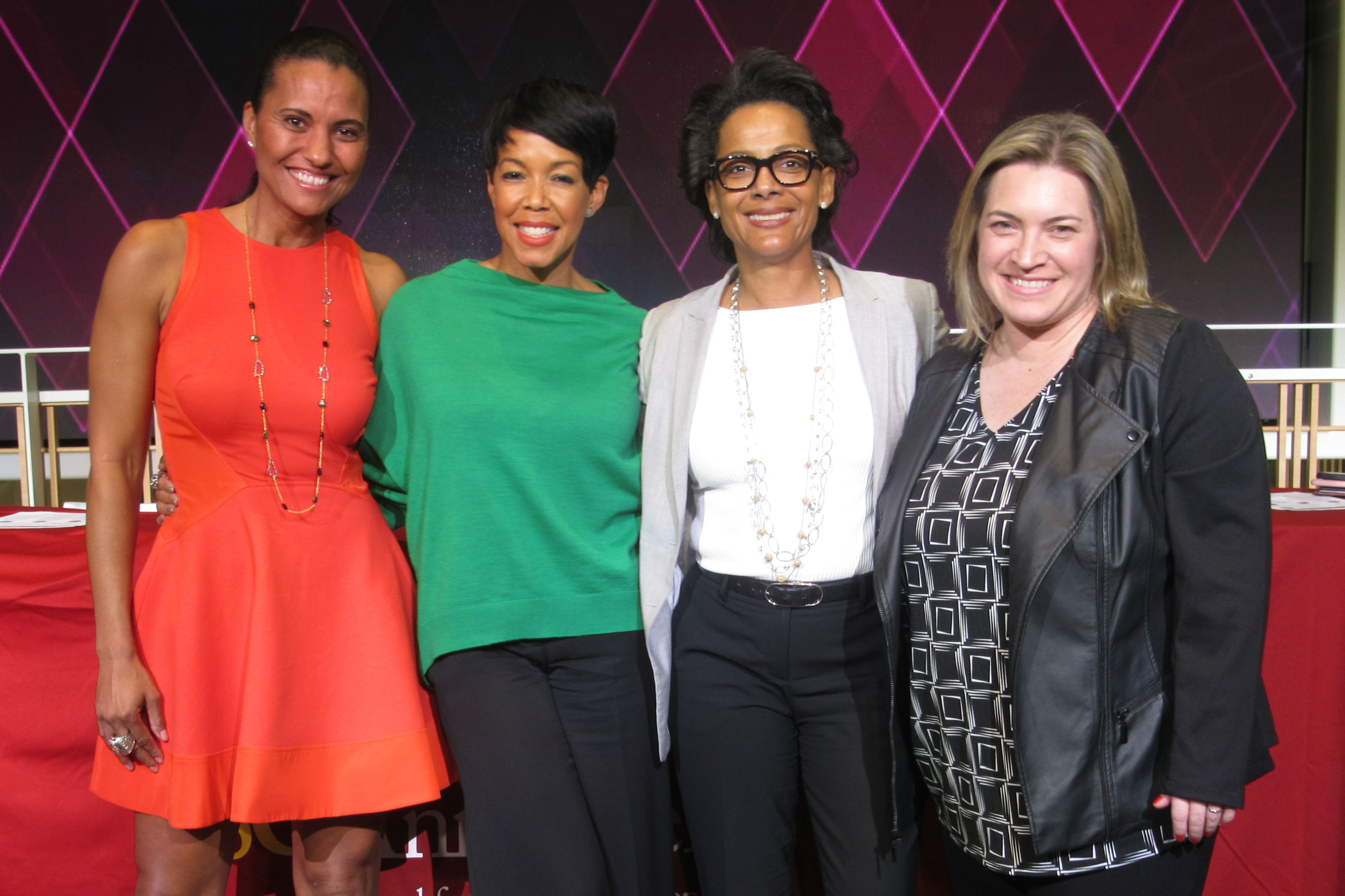 The Association for Women in Sports Media’s regional event tour continued with recent stops in Los Angeles and Charlotte. AWSM will round out its winter/spring schedule with events in Denver and the Hartford area before hosting its summer conference from June 21-24 at the Hyatt Regency Scottsdale in Arizona. Regional event locations for the second half of the year are Atlanta (July), Miami (August), Portland (September), Washington, DC (October), New York (November) and Tampa Bay (December).

Members and supporters attended a February 20 event in the Annenberg Forum at the University of Southern California for two panel discussions and a networking reception.

“It was great to reconnect with Los Angeles folks after returning to the area after 20 years in San Diego,” said P.K. Daniel, who recently accepted a position with the Los Angeles Times. “The panels were engaging and enlightening.”

“Listening to those fierce, wildly accomplished ladies speak so candidly about their respective journeys, challenges and triumphs was so inspiring,” said Gina Mizell, AWSM’s VP/professional programs. “They empowered every single person in attendance. It was a terrific night – a prime example of the value of AWSM regional events.”

Members and supporters met March 22 at Legion Brewing Company for a networking event with Fox Sports host and reporter Shannon Spake as the featured speaker.

“I really enjoyed hearing words of wisdom from someone I’ve always respected in our industry,” ESPN broadcaster Cara Capuano said. “I appreciated Shannon including me in sharing some insight with some of the participants who are newer to their careers. Making a great first impression, staying positive and being someone everyone likes to work with: themes which have always served us and will continue to lay a solid foundation for the next generations.”

AWSM will partner with the Associated Press Sports Editors (APSE) from 1-5 p.m. on April 22 for panel discussions at The Denver Post. Sessions will address dealing with harassment in the workplace, social media tools for sports journalists and how to do more with shrinking staffs. Additional information will be advertised soon. Advance registration opens April 9. This event is open to AWSM members and prospective members.

Connecticut Sun vice president Amber Cox will be the featured speaker at a networking event from 6-8 p.m. on May 1 at J. Timothy’s in Plainville, Conn. Advance registration opens April 17. This event is only open to AWSM members.