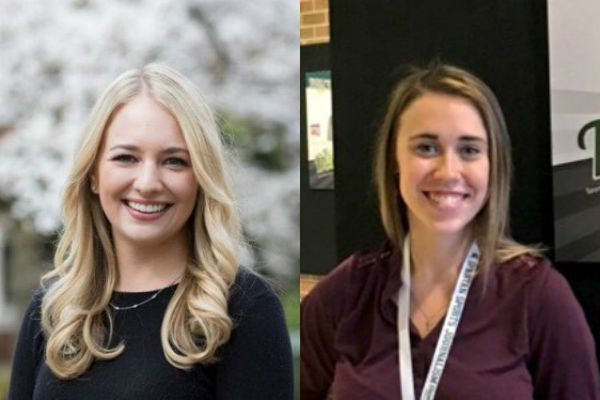 The Association for Women in Sports Media welcomes Sarah Scrivens and Alex Tekip to its leadership team.

Scrivens, who is an update anchor and staff writer at 102.9/750 The Game in Portland, will serve as student chapter coordinator. A 2015 AWSM Scholar, she was a member of AWSM’s student chapter at the University of Oregon while in college. Scrivens replaces outgoing coordinator Brooke Pryor (The Oklahoman).

In other leadership moves, Fox Sports Arizona promotions producer Alexa Tieu moves to regional events coordinator. She has been convention coordinator for the past year. Tieu replaces MLB Network senior multimedia director Jim Jenks, who became AWSM’s first male board member when elected VP/conventions in 2014. He went on to serve as a coordinator for three years and is an AWSM Scholars benefactor.

AWSM has one open coordinator position, working with the organization’s fundraising efforts. If you are interested, contact VP/fundraising Iliana Limón Romero.