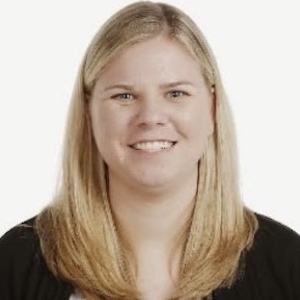 I was an internship/scholarship winner my senior year of college, so AWSM gave me my first paid job after graduation. And the networking opportunities have obviously been incredibly valuable throughout my career. But, more importantly, the friendships I’ve developed with women across the country and in all areas of the business have been inspiring and fulfilling.

Being in this business changes our ability to be a fan, but I grew up rooting for my hometown teams in Phoenix and I am an Arizona State graduate. I’ve also followed the teams in the cities where I’ve lived, most notably the Oklahoma City Thunder and Portland Trail Blazers.

“The best things in life are not things.”